Introduction: Hyperuricemia was a metabolic disorder characterized by high levels of uric acid due to the action of the enzyme xanthine oxidase (XO). Some natural substances with antioxidant activity proved capable of inhibiting the activity of the enzyme XO. Pharmacological benefit of polyphenol compounds had been proved. Gambir (Uncaria gambir) Hunter Roxb, a native plant, had been proved antioxidant activity, so that it had potential to be developed as an inhibitor of the XO. This study aimed to evaluate the activity of Gambir as XO inhibitor.

Methods: These extracts of Gambir were preparation from Gambir and Gambir leaf using ethanol 50% and ethanol 96%, respectively. The polyphenol content and Xanthine oxidase inhibitory activity was evaluated by spectrophotometry, meanwhile analysis of (+)catechin was determined by high pressure liquid chromatography (HPLC). 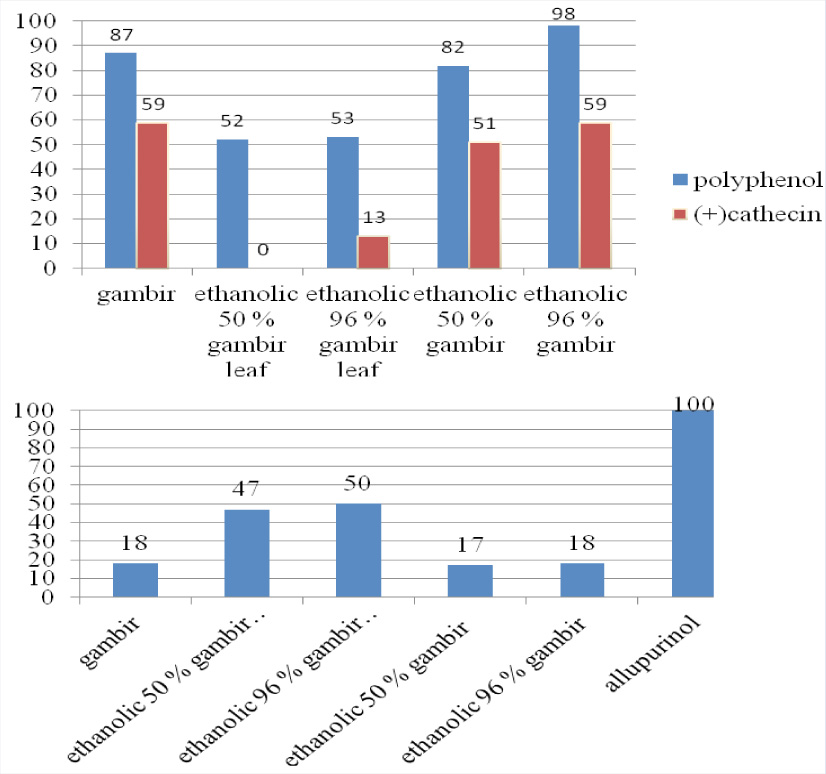 Hyperuricemia is a metabolic disorder condition characterized by high levels of uric acid due to xanthine oxidase (XO) activity. The prevalence of patient with hyperuresemia tended to increase every year in line with the rise of economic status of a community. High blood uric acid level and persistent length might progress to chronic gout arthritis in addition to other secondary illnesses.

Uric acid metabolism is carried out by XO enzyme using purines compound as substrate. The metabolism process also produces some radical compounds such as superoxide anion and hydrogen peroxide (H2O2) that cause lipid membrane damage and cell death. Therefore, controlling the XO activity is very important not only to prevent the hyperuricemia but also anticipate the emergence of other secondary illnesses. Polyphenol compounds have been recognized to have beneficial pharmacological effects. Natural product that contained high flavonoid polyphenols demonstrated antioxidant effects and effectively reduced uric acid as well.1,2 The effects of antioxidant flavonoid were supposed through scavenging free radical compounds and inhibition of enzymes that produce radical species such as lipoxygenase, cyclooxygenase and xanthine oxidase.3

Gambir known as Uncaria gambir belonging to the Rubiaceae family is an Indonesia native plant.4 This plant contains polyphenol compound especially flavonoids (+) catechin that is about 40-80% of dry water extract weight.5 The antioxidant effect of Gambir had been verified in some assay in vitro.6-8 However, the efficacy of Gambir as lowering uric acid through XO inhibitory mechanism in vitro had not been done.

Efforts to explore natural compounds that exhibited XO inhibitor and antioxidant activity as well were strategic manner in the development of new drug for hyperuricemia treatment. Based on being stated above, this research was aimed to develop Gambir extract that demonstrated XO inhibitory activity

Experimental Preparation of ethanolic extract of gambir and gambir leaf

There were 5 types of samples i.e. ethanolic 96% and ethanolic 50% of gambir; ethanolic 96% and ethanolic 50% of gambir leaf; and gambir extracts that were prepared from gambir and gambir leaf. Two kind of ethanolic gambir extracts were prepared by macerating of dried powder gambir (25 g ) with ethanol 50% and ethanol 96% (250 mL) at room temperature using agitating at 170-180 rpm for 10-15 h., twice. Filtrates collected were evaporated using vacuum machine until dried powder obtained. The two other samples, from powder gambir leaf, were prepared using ethanol 50% and ethanol 96% with similar to above method until final semisolid extract gained. All samples were evaluated for inhibition of xanthine oxidase in vitro.

Determination of polyphenol was spectrophotometric method based on previous studied with slightly modification.9 Briefly, into 2.0 mL disposable plastic microtube, 20 uL of DMSO-dissolved each sample tested (20, 50, 100 ppm final concentration), 1.58 uL aquabidest, 100 uL the Folin-Ciocalteu reagent were put in order and mixed well. After 30 sec to 8 min left, 300 uL Na2SO4 20% was added to all tubes and shook to mix well for starting the reaction. The reaction was incubated at 40°C for 30 min and read the absorbance of each reaction at 765 nm. Blank solution was prepared by replacing the sample with aquadest. Each experiment was done in triplicate. The standard was prepared by dissolving 0.5 g gallic acid with 10 mL ethanol and adding with aquadest until 100 mL as stock solution. The calibration curve was carried out by diluting gallic acid stock with aquadest into a range of final concentration 1, 2, 3, 5, 8, 10 ppm and then plotting their absorbance vs. concentration to obtain standard curve equation. The concentration of polyphenol was calculated from the equation and reported as percentage of gallic acid equivalent (GAE)/each gram of the extract as following equation: % polyphenol content = [ug/mL GAE / ug/mL extract] x dilution factor x 100% Analysis of (+) catechin was based on protocol developed by Center of Pharmaceutical and Medical Technology Laboratory by high pressure liquid chromatography equipped with RP C18 capillary, pump and UV detector. The instrument was from Knauer Technology. Briefly, solution was prepared by dissolving 20 mg of each extract in 1 mL methanol HPLC-grade by sonication for 5 min. Detection was carried out by measurement of UV absorbance at 279 nm with eluent-gradient system. The mobile phase composed by acetonitrile/trifluoroacetic acid 0.1% was established as follow, 1:99 (acetonitrile:trifluoroacetic acid) to 54:46 for 0-12 min, 54:46 to 1:99 for 12-15 min, 1:99 for 15-20 min. The mobile phase flow rate was started at 1 mL/min and maintained for period experiment. All chromatographic analysis was conducted at 23±20C. A range concentrations of (+) catechin standard (125, 250, 500, 1000, 2000 ppm) were performed as similar above procedures. The (+) Cate-chin content of each sample was calculated from the regression equation y=ax+b obtained from standard curve.

Xanthine oxidase inhibitory activity was evaluated by spectrophotometry based on prevoius paper.3 Briefly, into 5 mL quarsa cuvette were put and mixed 100 uL sample solution, 700 mL phosphat buffer (pH=7) and 160 uL substrate solution (150 uM substrate xanthine in the same buffer), consecutively. Then, cuvette was incubated at 37°C for 5 min. Reaction was commenced by adding 40 uL enzyme solution (0,3 UI/mL in the same phosphat buffer) and absorbancy was measured at 290 nm after 1 min. Absorbance reading was repeated at 1, 2, 3 min thereafter. Control enzyme and blank solutions were prepared by replacing sample with phosphat buffer and enzyme solution with phosphat buffer, respectively. The slope was calculated from curve related between concentration v.s. absorbance using microsoft excell program. Each experiment was conducted in triplicate. Allopurinol at the same above concentration was used as standard. Percentage of inhibition was calculated with this equation: % inhibition = [(control slope – sample slope) / control slope] x 100%

Preparation of ethanolic extract of gambir and gambir leaf

Rendement of extraction each sample

Percentage of polyphenol and (+)catechin content of each extract. 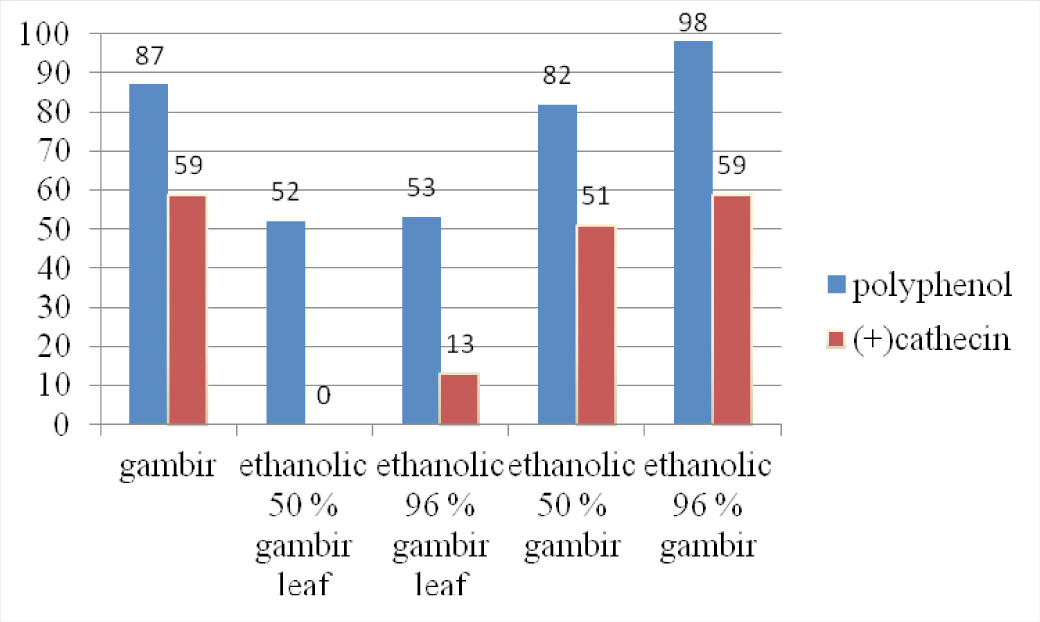 Percentage of XO inhibitory activity of each extract. 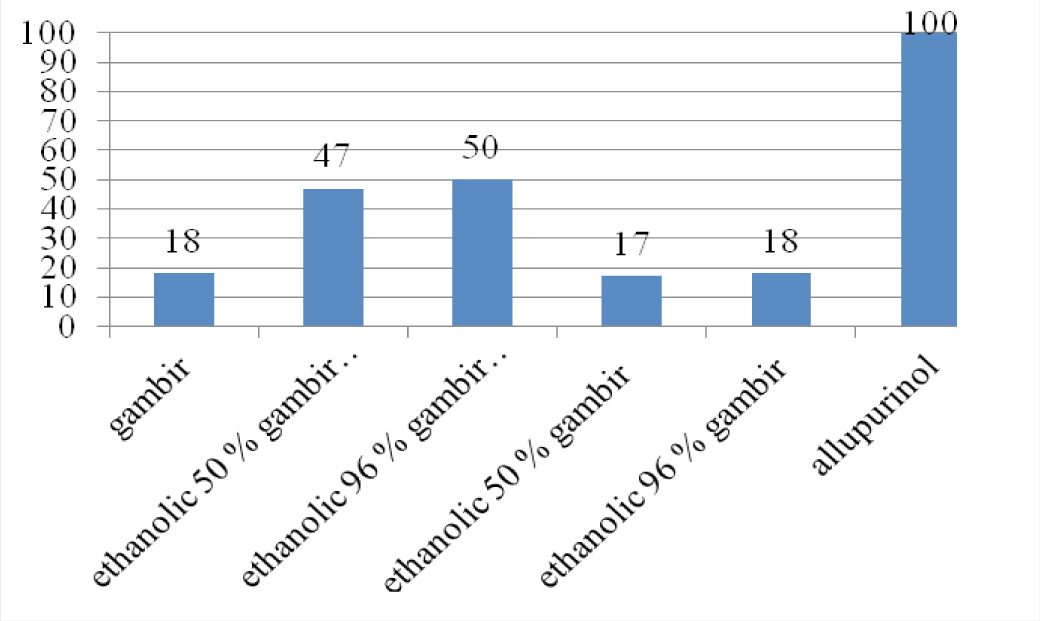 This study was initialized by screening activities toward five types of samples (two samples from gambir leaf and three samples from gambir) to define a selected sample with the best of XO inhibitory. Furthermore, the selected sample could be used not only to suppress the action of the XO enzyme XO, but also to occupy free radical as by product of XO. Both extracts that were obtained from gambir leaf showed that XO inhibitory activity of ethanolic 96% extract of gambir leaf was higher than those of ethanolic 50% extract one. Meanwhile, polyphenol content of both extracts was not different significantly. Figure 1 showed that polyphenol content of ethanolic 96% extract and ethanolic 50% extract of gambir leaf were 53% vs 52%, respectively. Analysis of XO inhibitory activity was also slightly different from both extracts, i.e. 50% (ethanolic 96% extract) and 47% (ethanolic 50% extract), respectively. It was supposed that XO inhibition was not caused by polyphenol compounds contained in the extract.

However, (+) catechin compound as the mayor compounds in extract and polyphenol compound of gambir did not provide the dominant contribution of this effect.5 This was indicated in ethanolic 50% extract that even though the levels of this compound were not detected, this sample still demonstrated anti-XO activity that was almost similar to ethanolic 96% extract of gambir leaf that contained 13% of (+) catechin. These results were in line with previous study. Cos P. et al. stated that the activity of XO inhibitor depended on number and position of hydroxyl group.10 The hydroxyl groups at C-5 and C-7 and the double bound between C-2 and C-3 of flavonoid structure were the main contributed for a high anti-XO activity. These hydroxyl groups were not founded in (+) catechin structure.

Xanthine oxidase action was not only influenced by polyphenol compounds, but also other compounds contributed to XO inhibition. Samples were plant-derived extract that contained complex chemical compounds in which their activity was a combination from the effect of each compound. Each compound might deliver synergism effects and decreased the risk effect or otherwise produced unfavorable effect so that the final biological activity was produced from the well-balanced efficacy from total compound.11 Previous study exhibited that there were some compounds found in gambir extract such as (+) epicathecin 1,5%, gambiriin B1, B3, A1 about 1%, respectively; alkaloid, saponin, tanic acid, pyrocatecol, florisin, fat, and fixed oil.12,13 It was most likely that these compounds contribute to the XO inhibitory activity. Three samples obtained from gambir (ethanolic 96% extract of gambir, ethanolic 50% extract of gambir and gambir) showed that anti-XO activities of these samples were not different to each other, namely, about 17-18%. Meanwhile, the levels of polyphenols content were in descending order ethanolic 96% extract > gambir > ethanolic 50% extract. It was demonstrated that they were not produced a positive correlation between XO inhibitory activities and polyphenols level. Polyphenol compounds contained in the extract did not main contribute in this activity. Subsequently, it was demonstrated that both samples obtained from gambir leaf exhibited anti-XO activity much more active than three samples from gambir. This was likely due to the chemical compounds contained gambir was wasted during gambir processing. To obtain gambir gum, it was needed decantation process for a night and then the water on the surface was separated. Gum deposited was dried until dried powder obtained. Another possibility was the chemical compounds contained in gambir be damaged that was caused by the use of steam during gambir processing.

Authors would like to thank to Director of The Center of Pharmaceutical and Medical Technology – Agency for the Assesment and Application of Tecgnology for providing and supporting facilities to conduct these research and Insentif Sinas Ristek 2014 – 2015 Program for providing this research funding.

[1] Conflicts of interest CONFLICT OF INTEREST There is no conflict of interest. 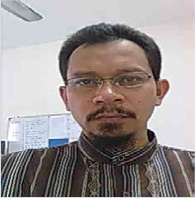 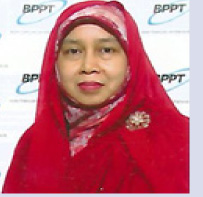 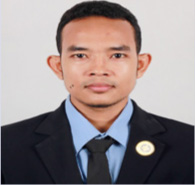