The present study aims to determine the effect of blood glucose reduction from bulbs of Bawang Dayak based on the use of different extraction methods using oral glucose tolerance test.

Based on the each extraction results was obtained yields of as 8.636% (reflux method), 11.87% (maceration method), and 14.023% (soxhlet method). While the results of blood glucose lowering effect on each extract were used, there were significant differences in statistical tests and organ index.

This result is a preliminary stage and the information is invaluable for further research.

Bawang Dayak (Eleutherine palmifolia L. Merr.; Synonym: Eleutherine americana L. Merr.) is a plant from family Iridaceae that widely found in Kalimantan island, Indonesia (particularly East Kalimantan) and widely grown in 600-2000 m above sea level. Traditionally used as a medicinal plant for treatment of sexual disorders, hypertension, stroke, diabetes mellitus, breast cancer, cyst, prostate, and used for increasing lactation production.1 Some study have reported the bulbs of the plant has activity as an antimicrobial,2 antioxidant,3 anti-dermatophyte, anti melanogenesis,4 sunscreen,5 aberrant Wnt/β-catenin signaling inhibitor,6 α-glucosidase inhibitory,7 and antihyperglycemic.8 Bulbs of the plant contain anthraquinone,9,10 naphthoquinone group (elecanacine, eleutherine, elutherole, eleutherinone),4,11 and eleuthosides A, B, C.12 In Kalimantan island, the local tribe “Dayak” commonly consume this plant and become a traded commodity in traditional markets. The most commonly used parts are bulbs. Bulbs of the plant are one of the potential to be developed and further identified the active compounds.

To be accepted in modern medicine, the plant as a medicinal raw material must meet the requirements, especially the content of the active substance and the level of safety. Because usually not all parts of the plant are used for treatment, even the chemical compounds they contain not all have the same properties. So need to do the extraction process by the desired target. A suitable method is required to separate the optimal target metabolites from the plant.

Oral glucose tolerance test (OGTT) is performed in the case of unclear hyperglycemia with glucose (140 – 200 mg/dl or fasting glucose (110 – 126 mg/dl) or if there is unclear glucosuria. This test may be indicated in patients who are obese with a family history of diabetes Mellitus, in patients with vascular disease, neurologic, or unclear infection. Also, this assay method is effectively used to determine of the blood glucose lowering activity on the experimental animal from a natural product. This approach has been applied for diabetes control from some plant including Momordica carantia L.,21 Coccinia cordifolia L., Chataranthus roseus L.,22 Ipomoea aquatica,23 Phyllanthus acidus L.,24 and so on. For screening or preliminary tests, the method is more efficient when compared to other in vivo test methods. Therefore, this method was selected and used as a preliminary assay based on the use of different extraction methods.

Some study have reported that bulbs of Bawang Dayak (E. palmifolia) have activity as antidiabetic8 and α-glucosidase inhibitory activity (in vitro assay).7 Moreover, based on the best our knowledge, the pure of the active compound as antidiabetic and oral glucoside tolerance test of the bulb of plant based on the use of different extraction method had not been reported. The present study aims to determine the effect of glucose reduction from bulbs of plant based on the use of various extraction methods using oral glucose tolerance test, and expected from these results to be preliminary data for further research.

The sample of Bawang Dayak (E. palmifolia) bulbs was collected from the traditional market in Samarinda, East Kalimantan, Indonesia. The voucher specimens were identified at Laboratory of Dendrology, Faculty of Forestry, Mulawarman University, Samarinda, Indonesia and was deposited at Laboratory of Pharmaceutical Research and Development of FARMAKA TROPIS, Faculty of Pharmacy, Mulawarman University, Samarinda, Indonesia. The fresh sample was washed with tap water to remove impurities on the sample surface and was dried using drying ovens at 50-60 °C temperature. The dried sample was powdered using a grinder. The powder obtained was stored at cool temperature until analysis. The chemical was used in this study, including Aqua demineralisation and methanol were purchased from SmartLab Indonesia; 10% glucose was acquired from PT. Widatra Bhakti, Indonesia; Metformin and Glibenclamide were purchased from PT. Kimia Farma, Indonesia.

Twenty-one Swiss albino mice (with a weight between 16-18 g) were used in the present study. The animals were obtained from Laboratory of Pharmacology, Faculty of Pharmacy, Mulawarman University, Samarinda, East Kalimantan, Indonesia. The animals were housed for three days under standard environment conditions. No mice died during this period. The study was conducted following approval by the Ethics Committee of the Faculty of Medicine, University of Indonesia, Depok, West Java, Indonesia. All procedures of ethical approval are performed by ICH-GCP standard procedure.

The extraction process was conducted with three different extraction methods including maceration, reflux, and soxhlet method, respectively, based on literature20 with slight modification. Briefly, each 500 g of samples was extracted (the three different extraction methods) using methanol. Each of the obtained extract solutions was evaporated using a rotary evaporator. The obtained extract was stored at cool temperature until use.

Oral glucose tolerance test was performed as per the procedure previously described by some literature 21,24-26 with modification. Fasted mice were grouped into six groups of three mice each. Each group was given different treatment, including; Group I - III received extract (with dose 0.5 mg/g body weight) from three different extraction method (such as maceration, soxhlet, and reflux), respectively as test samples, Group IV received vehicle (10% Tween 20 in water) as a negative control, and Group V – VI received glibenclamide and metformin standard as a positive control. All substances were orally administered (1 ml/20 g body weight). Blood glucose levels were measured at 0, 30, 60, 90, 120, and 150 min load to access the effect of the extract on blood glucose levels of the glucose loaded animals. The blood glucose was measured using glucose test strips and glucometer (On-Call Plus Glucose Meter G114-112, USA).

Experimental values were expressed as mean ± SEM. Independent Sample t-test was conducted for statistical comparison (two-way ANOVA). The criterion for statistical significance was at a p-value less than 0.05.

The extract was obtained based on the use of three different extraction method using methanol solvent. Methanol was selected because it has semipolar properties which are expected to attract polar and nonpolar compounds from a sample of Bawang Dayak (E. palmifolia). From each extraction methods was obtained the yields such as 8.636% (reflux method), 11.87% (maceration method), and 14.023% (soxhlet method), respectively. More detail data can be seen in Table 1.

Based on the yields calculation in Table 1, the highest yield value was shown from the extraction using soxhlet method. The second highest yield value was the extraction using Soxhlet method, while the reflux method was the lowest yield value. It was due to the principle of each method. The soxhlet method uses a small amount of solvent without direct heating so that the solvent evaporation can be used continuously to attract the compound. In the reflux method, the sample and the solvent are mixed and require filtering after the extraction process is completed. Otherwise, direct heating may be able to cause the compound content to be damaged or lost resulting in fewer extracts. However, both methods only take a short time and a few solvents. While the maceration method conducted without heating, but it needs a long time and more solvent.

In each treatment group showed changes in glucose levels ranging from 30 to 150 min which led to high deviation standard data. From these results indicated that an increase in serum glucose at 30-60 min and decreased in 90-150 min. Based on the result of treatment with extract on various extraction methods (group I-III) showed a significant difference in decreasing blood glucose level compared to control group (p < 0,05) and average decreased at 90 min. The reduction of blood glucose level of each treatment group at a certain time was more clearly visible in the form of mean percent value of blood glucose level change compared to the baseline level (min-0) which can be seen in Table 3, and graphs percent change in blood glucose levels in each group can be seen in Figure 2. Based on the mean percentage calculation of changes in blood glucose level compared to baseline (min-0), the largest percentage in group III (reflux extraction method) and the group I (maceration extraction method) were 62.2% and 74.6%. The result of the two-way ANOVA statistical analysis on the mean percentage of change was found that between the test groups (I-VI) there was a significant difference with the control group (p < 0.05). While probability based on time in each group there was a significant difference (p < 0,05) and seen from interaction test between group and time there was an interaction between variables.

The Yields of E. palmifolia (L) Merr extract based on the use of different extraction method.

Based on the results of this study, the effect of activity as a decrease in blood glucose from each method of extraction was different on the statistical tests and organ index. The difference was the possibility of having a different mechanism of action. This study was a preliminary stage, and the information is invaluable for further research which includes in vivo antidiabetic assay, isolation, and characterization of the active compound. 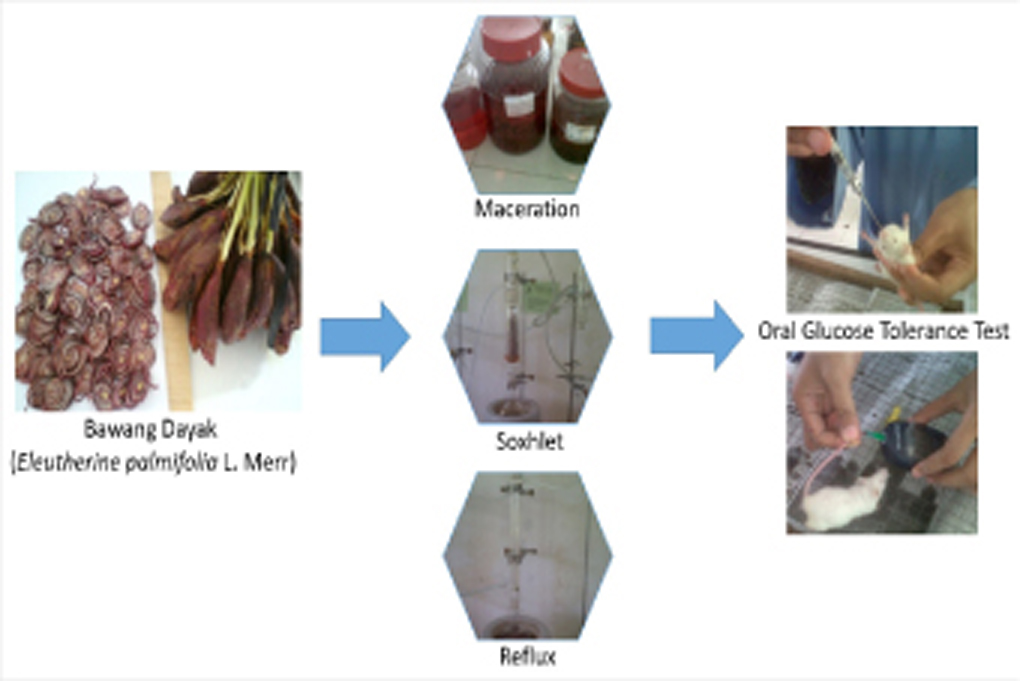 We thank Head Pharmaceutical Research and Development Laboratory of FARMAKA TROPIS and Dean Faculty of Pharmacy, Mulawarman University of the facility and financial support. 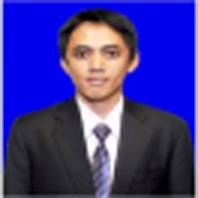 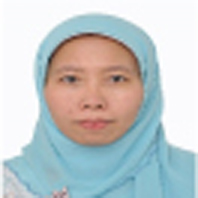 Neneng Siti Silfi Ambarwati, a Doctoral Candidate at Department of Pharmaceutical Sciences, Faculty of Pharmacy, Universitas Indonesia, Depok, West Java, Indonesia. She is a lecturer at Department of Health and Beauty, Faculty of Engineering, Jakarta State University, Jakarta, Indonesia. The doctoral research focused on the isolation, identification, semi-synthetic of the active compound as antibacterial. 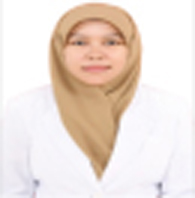 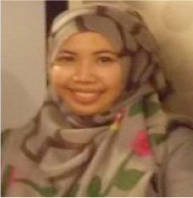 Yurika Sastyarina, a Doctoral Candidate at Department of Chemistry, Faculty of Mathematics and Natural Sciences, Padjadjaran University, Bandung, West Java, Indonesia. She is a lecturer at Faculty of Pharmacy, Mulawarman University, Samarinda, East Kalimantan, Indonesia. The doctoral reseach focused on the biochemistry of pharmacy and drug design. 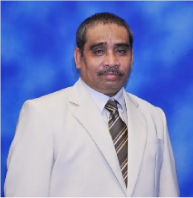 Dr. Laode Rijai, Associate Professor and Dean at Faculty of Pharmacy, Mulawarman University, Samarinda, East Kalimantan, Indonesia. He has experience in the area of Natural Product and Organic Chemistry. 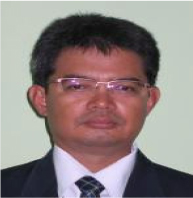 [3] Conflicts of interest CONFLICT OF INTEREST All author declared that has no conflict of interest.