[1] Dept. of Plant and Environmental Biology, University of Ghana, Legon-Accra

Six different mushroom species (Termitomyces, Ganoderma, Amauroderma, Mycena, Marasmus and an unknown) were studied to ascertain their phytochemical and antioxidant properties and determine their TLC analysis of methanolic extracts.

Phytochemical analyses of the methanolic extract revealed the presence of antioxidants, phenols and flavonoids. The antioxidant values (IC50 (μg/ml)) ranged from 1.56 x 10-4 to 21.07 x 10-4. Total phenol content ranged between 2.54 and 17.53 mg/g GAE with a mean of about 11.27 mg/g GAE. Total flavonoid content also ranged from 5.46 to 23.75 mg/g RUE with a mean of 13.41 mg/g RUE. Micronutrients such as cadmium, iron, lead, manganese and zinc were determined. Also macronutrients determined included, calcium, potassium, magnesium and sodium. Sodium ranged the highest with values ranging 6966.67 mg/L to 9600.00 mg/L followed by iron ranging from 1613.67 to 3040.00 mg/L. Percentage crude protein ranged between 11.09 % and 28.24 %. Alkaloid was present in only Mycena sp and Ganoderma sp with a band each of Rf value of 0.49. A total of 18 different bands were recorded for flavonoid with Rf values that ranged between 0.20 and 0.97, respectively.

The antioxidant potential of the methanolic extracts of the mushroom samples in this study recorded higher values. This indicates that mushrooms have high antioxidant properties and rationalizes further investigation in the potential discovery of new natural bioactive principles from these mushrooms.

Mushrooms are low in calories and high in proteins, vitamins and minerals and they therefore serve as valuable, healthy foods.1 Currently, the consumption of wild edible mushroom is increasing as a result of their good source of protein and micronutrients.2 Apart from their healthy food source, mushrooms serve as therapeutic foods and are also useful in the management of such diseases as hypertension, hypercholesterolemia and cancer, diabetes, neurodegenerative disorders and cardiovascular disorders. Mushrooms are also good sources of antioxidants and are therefore possible protective agents for the reduction of oxidative damage in humans without any side effects.3 In recent times edible mushrooms have attracted interest as functional foods as well as source of bioactive metabolites for the development of drugs and nutraceuticals.4,5 Some have also been found to be a source of phenolic compounds,6 flavonoids, terpenoids, sterols, ascorbic acid, ergothioneine and carotenoids.3,4,5,6,7

Various methods are available for the screening of pharmacologically active substances in extracts. One such method is the thin layer chromatography (TLC), a simple, quick reliable and inexpensive procedure that can be used for screening of plant extracts.8 The TLC is also very useful for preliminary study before other instrumental techniques are applied.9,10 The use of TLC for separation and purification of plant constituents depends on their size, shape and charge. 11 It serves as a quick way for monitoring the identity and purity of drugs; it is also used for detecting adulterations and substitutions, drug combination analysis and phytochemical preparations.12,13

The aim of this study was to characterize mushroom species collected from Shai Hills Reserve in Ghana on the basis of their nutrient content, phytochemical constituents and antioxidant potentials.

Mushroom samples were collected from the Shai Hills Reserve in Ghana in 2014. These were collected in brown large envelopes and identified using cultural and morphological characteristics.14,15 The samples were later sun-dried and kept in the freezer until ready for use.

Mushroom samples were prepared by following a modified approach.16 The mushrooms were lyophilized (Labconco, Missouri) and pulverized into fine powder. Ten grams of the pulverized samples was extracted with 100 ml of methanol at 25°C at 20 g for 24 hours and filtered through Whatman No. 1 filter paper. The residue was extracted with two additional 100 ml portions of methanol as described above and combined ethanolic extracts were concentrated under reduced pressure below 40°C to obtain the crude extract. The crude extracts were re-dissolved in methanol at concentration 20 mg/ml and stored at 4°C for further analyses.

The diluted working solutions of the test extracts were prepared in methanol. Accurately 100 μl of test samples (0.6-20.0 mg/ml) in methanol was added with 5 μl DPPH solution in 96-well microtitter plates. An amount of 0.002% DPPH was prepared in methanol. One microliter of this solution was mixed with 1 ml of sample solution and the standard solution to be tested separately. These solution mixtures were kept in the dark for 20 min and optical density was measured at 517 nm using a spectrophotometer against methanol. The blank was used as 1 ml of methanol with 1 ml of DPPH solution (0.002%). The optical density was recorded and percent of inhibition was calculated using the formula given below.

Decolorization was plotted against the sample extract concentration and a linear regression curve was established in order to calculate IC50 (μg/ml), which is the amount of sample required to decrease the absorbance of the DPPH free radical by 50%. All the analyses were carried out in triplicate and the results expressed as mean ± SD. Statistical analyses were performed using SAS computer software

Total phenolic content in the methanolic extracts was determined by using Folin-Ciocalteau reagent based on modified version.17 Each sample (150 μl, 10 mg/ml) was added with 1200 μl distilled water and 450 μl aqueous sodium carbonate solution. One hundred microliters of Folin-Ciocalteu reagent was added to the mixture and agitated. The mixture was allowed to stand for 90 minutes and the absorbance was measured at 760 nm by using UV/visible spectrophotometer (SpectraMax Plus384, United States). The concentration of total phenolic compounds was calculated based on standard curve of gallic acid (0.2-1.0 mg/ml) with the linear equation, y = 0.624x − 0.939, where R2 = 0.995. The results were expressed as μg of gallic acid equivalent (GAE/ μg) per gram of the extracts.

The modified aluminum chloride colorimetric method18 was used to determine flavonoid content. Mushroom extract (100 μl, 10 mg/ml) was mixed with distilled 500 μ water and sodium nitrite, NaNO2 (5%, 30 μl). The mixture was allowed to stand for 5 minutes. Aluminium chloride solution, AlCl3.H2O (10%, 60 μl) was added to the mixture and left for 6 minutes. Sodium hydroxide, NaOH (1M, 200 μl) and 110 μl distilled water were added to the solution and mixed well. Absorbance of the solution was measured at 510 nm (SpectraMax Plus384, United States) and the concentration of total flavonoids content was calculated based on standard curve of rutin (0.2-1.0 mg/ml) with the linear equation y = 0.0101x + 0.2238, where R2 = 0.9563. The results were expressed as μg of rutin equivalent (RE/ μg) per gram of the extracts.

The micro and macronutrients were determined by an atomic absorption spectrophotometric (AAS) method. The samples were digested in nitric acid solution and passed through the AAS system using different lamps. Calibration was done with related minerals in different concentrations for different mineral elements.

An amount of 0.1 grams of the pulverized mushroom sample was weighed into labelled conical flasks and 5 ml of concentrated H2SO4 was added and shaken gently. The solution was placed on a preheated sand digester and after heating for a while, drops of H2O2 was added. The solution was made to cool after which it was topped with distilled water to 100 ml mark of the volumetric flask. An amount of five milliliters of the solution was transferred into a round bottom flask, after which five milliliters of 2% boric acid solution was added. The solution was distilled in the presence of 5 ml of 40% NaOH. The distillate was against 0.1M HCl until a colour change was observed. The titre value was recorded. The procedure was repeated three times for each sample to minimize error. Percent nitrogen was calculated by using the following formula:

Methanolic extracts of mushroom samples were separated on silica gel thin layer aluminium plates of 15x5 cm with 3 mm thickness. Extracts were spotted manually using capillary tube. Solvent systems used for the separation of the following phytochemical compounds alkaloids, flavonoids, saponins and terpenes were a mixture of chloroform and diethylamine (9 : 1), a mixture of chloroform and ethylacetate (6 : 4), a mixture of chloroform : methanol : distilled water : toluene (8 : 1 : 0.5 : 0.5) and toluene, respectively. After separation of the phytochemicals compounds, reagents such as iodine and Dragendorff were used to identify the compounds. Colour of the spots was noted and retention factor (Rf) values calculated by using the following formula:

The extracts of Ganoderma sp showed the strongest activities for DPPH radicals and its IC50 value was 1.56 x x 10-4 μg/ml (Table 1). The extract for the unknown species gave the lowest activity. Moderate activity was recorded by the extracts of Mycena sp, Marasmus sp, Termitomyces sp and Amauroderma sp.

Radical scavenging activity of mushroom samples studied by Shirmila and Radhamany3 was 450 μg/ml. The antioxidant potential of the methanolic extracts of the mushroom samples in this study recorded higher values.

The highest total phenol content of 17.53 mg gallic acid equivalent g was recorded for Mycena sp. While the lowest amount was realised from the extract of Amauroderma sp (Table 1). Total phenol content as reported in this work is higher than those reported by Shirmila and Radhamany3 who reported a total mean value of 1.901+0.011 mg GAE /g of extract.

The highest flavonoid content of 23.75 mg/g RUE was recorded by Termitomyces sp. whilst Amauroderma sp. gave the lowest amount (Table 1). Total flavonoid content reported in the current study is higher than the value reported by Shirmila and Radhamany3. They reported a value of 0.39 mg quercitin equivalent/g of extract. However the values for the current work were lower than those other researchers who reported 248+7.63 mg/g and 42.063 mg/g for total phenol and total flavonoid, respectively.19

Amauroderma sp had the lowest content of cadmium (2.30 mg/L) while the highest content of 8.40 mg/L was recorded by the unknown sp. (Table 2). The most abundant micronutrient was found to be iron ranging from 1613.67 mg/L to 3731.00 mg/L. Iron values in mushroom samples as reported20 ranged from 568–3904 lg/g. The iron values of the present study fall within this range.

The highest percentage of crude protein was recorded by Mycena sp. (28.24 %) and the lowest was recorded by Amauroderma sp. (11.09 %). There were significant differences (P < 0.001) among the six mushroom species with reference to the major elements and protein contents (Table 3). In a proximate and mineral composition analysis of four edible mushrooms in Nigeria’ researchers reported 37% crude protein in Termitomyces mammiformis.24

Alkaloid was present in only Mycena sp and Ganoderma sp with a band each of Rf value of 0.49 (Table 4).

The antioxidant potential of the methanolic extracts of the mushroom samples in this study recorded higher values. This indicates that mushrooms have high antioxidant properties and rationalizes further investigation in the potential discovery of new natural bioactive principles from these mushrooms.

The authors are grateful to the office of research and innovative division of the University of Ghana for providing funds for the research. 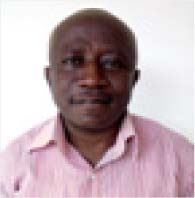 Dr. Ebenezer Owusu is a Senior Lecturer at the Department of Plant and Environmental Biology at the University of Ghana. He is a member of many scientific associations and has publications in many peer-reviewed journals. 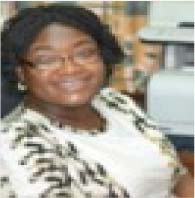 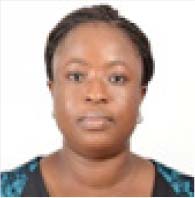 Matilda Dzomeku is a Research Scientist and the head of the mushroom laboratory of CSIR-Food Research Institute. 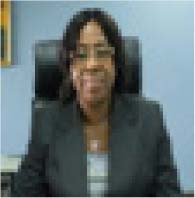 Professor Mary Obodai is a Principal Research Scientist and the Director of CSIR-Food Research Institute. She is an Associate Professor at the CSIR college of Science and Technology. 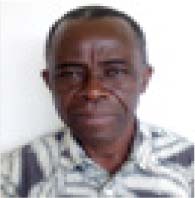 Professor I. K. Asante is professor and Head of the Department of Plant and Environmental Biology at the University of Ghana. He has published extensively in many peer-reviewed journals.

[1] Conflicts of interest CONFLICT OF INTEREST None

Journal:
Pharmacognosy Journal
‹ Laetiporus sulphureus</italic> (Bull.: Fr.) Murr. as Food as Medicine up Quantitative Analysis of Irigenin in the Different Species of <italic>Iris Plant</italic> by RP- HPLC and its Efficacy Against Different Plant Pathogens ›