The present study aimed to develop new protocol of Ionic Liquids based Microwave-assisted Extraction (ILs-MAE) of glycyrrhetinic acid from licorice; optimization of the protocol through RSM and comparison of IL-MAE with conventional extraction techniques like maceration and soxhlation by HPTLC.

IL- MAE of glycyrrhitinic acid from Glycyrrhiza glabra was proved to be better in respect of extraction efficiency, time and quantity of solvent used. Meanwhile, there was great reduction in the environmental pollution by using the green solvents/ ionic liquids (ILs), which is a great benefit to all. 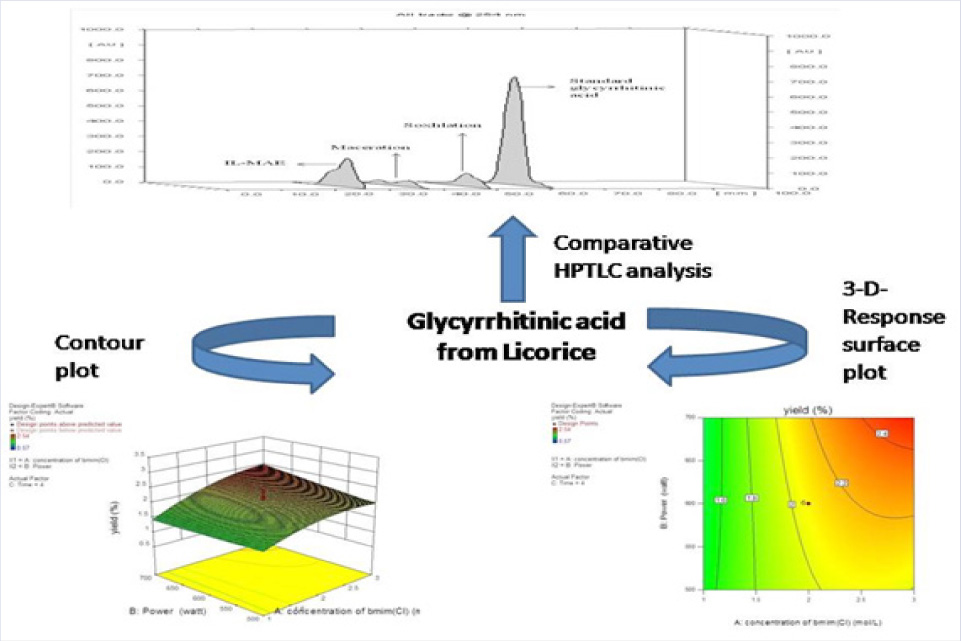 Green extraction is the need of today’s environment for the safety purpose as well as for the advancement in the conventional methods of extraction. Ionic liquids plays an important role in fulfilling this criterion. The ionic liquid (IL) are a class of liquids that are entirely composed of ions.1 ILs are the innovative solvents having provocating properties, which are captivating a number of scientists. As a result of of some of their uniquely fascinating properties, such as high thermal stability, negligible vapour pressure, highly dissolving ability of organic, inorganic and polymeric compounds.2 They also gain popularity as alternative ‘green solvents’ to volatile organic solvents (VOCs) for separation processes, electrochemical and synthetic reactions. ‘ILs’ are now commonly termed as low-melting salts having melting-point typically less than 100°C obtained from the combination of large organic cations with variable anions.3 Now, ILs are most frequently used as more than a Alternative ‘‘green’’ solvent. They diverge from molecular solvents by having a particular ionic character and its structural organisation which leads to speciﬁc effect. They are tuneable, Multipur-pose materials.4

Glycyrrhetinic acid (GA) ia s very potent constituent of Glycyrrhiza as revealed from the previous studies. Glycyrrhetinic acid (GA) is more potent than glycyrrhizin (GL) proved from preincubated fresh rat hepatocyte suspensions with GA and GL. The decreased glycochenodeoxycholic acid (GCDC)-dependent reactive oxygen species generation, specified that GA was more potent than GL. Additionally, GA and GL had antagonistic effects toward GCDC-induced cytotoxicity; GL enhanced apoptosis whereas GA prevented both necrosis and apoptosis.9 GA effect on the subcutaneous fat thickness was performed through topically applied cream containing GA, results in reduction of unwanted local fat accumulation. It was found to be due to the blockage of 11β-hydroxysteroid dehydrogenase type 1 at the level of fat cells.10 A comparison between glycyrrhizin (18β-GL) and its aglycone, glycyrrhetinic acid (18β-GA) for antihepatotoxic activity, was carried out using in vivo and in vitro assay by means of oral and intraperitoneal administration and also through CCl4-induced cytotoxicity in primary cultured rat hepatocytes. The results showed that 18α,β-GA was a more potent anti-hepatotoxic agent than 18α,β-GL.11

Ionic liquid-based ultrasonic-assisted extraction (ILUAE) method had been performed for the extraction of liquiritin (LQ), isoliquiritigenin (IQ), and glycyrrhizic acid (GA) from liquorice. Ionic liquids with variable anions and cations were investigated but 0.5 M 1- butyl-3-methylimidazolium bromide solution was selected as solvent. This method exhibited higher efﬁciency compared with conventional solvent extraction, which revealed that ILUAE as an efﬁcient, simple and environmental friendly technique. The target analytes shows no degradation as evidenced by the stability studies performed by standard IQ, LQ and GA.12 Glabridin was extracted from licorice with 1-alkyl-3-methylimidazolium IL series having variable anions and alkyl chain lengths of cations. The results showed that IL anions have a convincing effect on the extraction efficiency of glabridin, while the alkyl chain length of imidazolium cations have comparative negligible effect on the extraction efficiency of glabridin.13 Optimization alludes to improve the performance of a system, a product or a process, in order to attain the maximal beneﬁt from it. It obtains the best optimum values of a dependent variable by varying certain independent variables.14 Response surface methodology (RSM) is a mathematical and statistical technique for framing models, identfying the effects of different variables, and achieving the process variables value which gives desirable values of the response. In response surface design there is a set of design of experiments (DOE) that helps for the better understanding and optimization of the response. RSM is used to refine models in order to determines important factors using factorial designs.15

Novel approaches reported the use of ionic liquids as alternative solvents for extraction purpose with the aim in proving ionic liquids as environment friendly solvents representing them as green solvents. There is no report of extracting glycyrrhitinic acid by Glycyrrhiza glabra through ILMAE.

Microwave assisted extraction experiments were performed with an UWave-1000 Microwave –Ultraviolet-Ultrasonic Synthesis Extraction Reactor (Sineo Microwave Chemistry Technology Co., Ltd, China) with a max. power of 1000 W, and it is a mono-mode with a temperature versus time and power versus time control. For the temperature monitoring there was a platinum probe inside the microwave cavity. The concentration of glycyrrhitinic acid in the extracts were detected by a Camag HPTLC system equipped with Camag Linomat 5 automatic sampler, Camag TLC Plate Heater III for drying the HPTLC plate (TLC Silica gel 60 F254 1.05554.0007 of Merck, Germany), Camag developing chamber for developing the plates, Camag TLC Visualizer for visualizing and Camag TLC Scanner 3 for scanning the developed plates. The samples were injected by Camag Linomat syringe 695.0014 Hamilton Bonaduz, Schweiz.

Glycyrrhiza glabra dried stolons were collected from the local market of Rohtak and authenticated by Dr. Surinder Singh, Department of Botany of the University. Voucher specimen no. VS/Phcog/2017/182 was kept in the department for future reference. Standard marker compound of glycyrrhitinic acid was purchased from Yucca Laboratories, Mumbai. Ionic liquid, 1-butyl-3-methyl-imidazolium chloride was purchased from Sigma Aldrich. Toluene, ethyl acetate and glacial acetic acid were purchased from CDH, India (AR grade). Deionized water was used throughout the process. For HPTLC, all the solutions were strained by 0.45 μm nylon membrane.

1 g of drug mixed with 10 mL IL- [bmim(Cl)] solution and extracted through microwave assisted extraction technique. IL solutions were made by dissolving a required quantity of [bmim(Cl)] in deionized water for making the concentration range from 1.0 to 3.0 mol/L. The optimum extraction conditions were consistently studied. The obtained suspensions after MAE, were cooled to room temperature and filtered. Filterate was diluted to 10 mL with deionized water and then filtered through 0.45 µm nylon filter for the consiquent HPTLC analysis.17

Maceration and soxhlation were the conventional extraction methods employed. In maceration method, inside a closed vessel 10 g of coarsely powdered Glycyrrhiza glabra, was placed, added 100 mL methanol and allowed the extraction for 7 days with occasional stirring at room temperature. It was then filtered and calculated the percentage yield of extract. In soxhlation method, soxhlet apparatus was used where inside a thimble holder 20 g powdered Glycyrrhiza glabra was placed, added 500 ml of methanol in distillation flask and extracted for 3h. The extract was filtered, evaporated on a water bath to give dried extract and calculated the percentage yield.

Before HPTLC analysis, all the standard solutions of glycyrrhitinic acid and extracts were filtered through 0.45 µm microporous membrane. The solvent chamber was saturated with solvent system (toluene: ethyl acetate: glacial acetic acid :12.5: 7.5: 0.5) at room temperature (25± 2º C). Sample was applied on plate and run upto 80% in the mobile phase, then allowed to dry on TLC plate heater. Then plates were scanned for the separated bands on 254 and 366 nm wavelength. At 254 nm maximum absorbance was found. Peak area was used for the quantification of glycyrrhitinic acid in extracts using standard calibration curve equation.

RSM was utilized for experimental design, model building and data analysis with software Design Expert (v.8.0.7.1). Central composite design was employed with three variables and two levels to find out the response pattern and then to establish a model. All variables were taken at a central coded value zero. According to the results of single factor experiments, three independent variables with two levels for each were concentration of [bmim]Cl (X1), microwave power (X2), extraction time (X3), while the dependent variable was the yield of glycyrrhitinic acid. The range of the selective process variables with their units and notation are shown in Table 1. Randomized experiments were carried out to find out the maximum response of unexplained variability in the attained responses, due to extraneous factors.

Twenty experiments were carried out according to CCD design as shown in Table 2. The number of experiments are designed according to the equation 2k + 2k + 6, where k represents the number of factors to be studied. This design comprised of a two- level full factorial design (coded±1), superimposed by centre points (coded 0) and star points (coded ±α). The axial experiments or ‘star points’ are located at a distance α from the centre, allows rotatability. Analysis of variance (ANOVA) was used for the developed model and statistical significance of the regression coefficients were tested. p- Values of less than 0.05 were considered to be statistically significant. The response surface 3 D plots and the contour plots were analysed for knowing the interactions between various independent variables and their resultant effect on the response.

Impact of [bmim]Cl concentration on the yield of glycyrrhitinic acid

Effect of COME on Hot Plate reaction time in rats.

Impact of [bmim]Cl concentration on the yield of glycyrrhitinic acid. 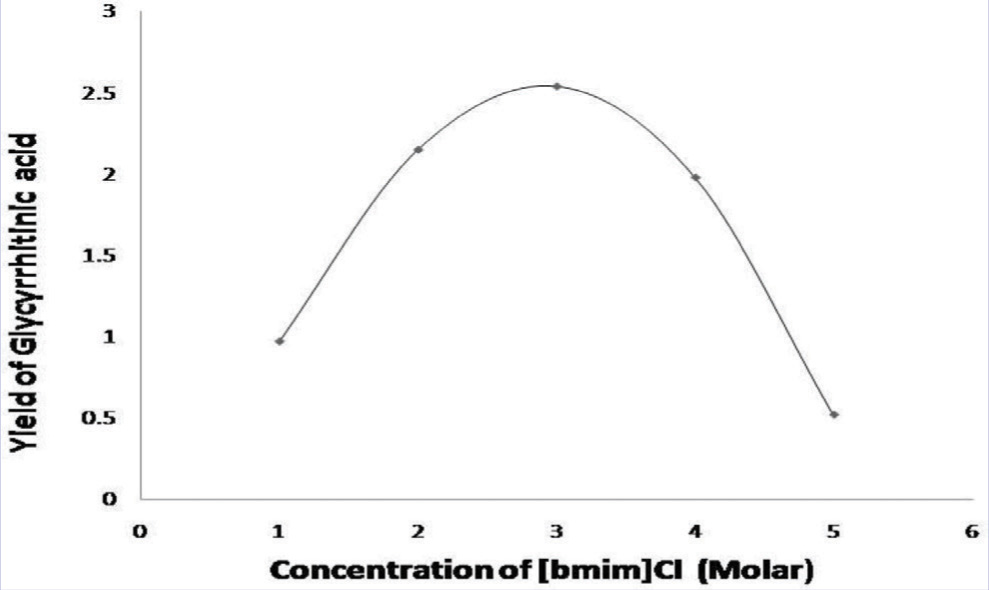 Impact of microwave power on the yield of glycyrrhitinic acid. 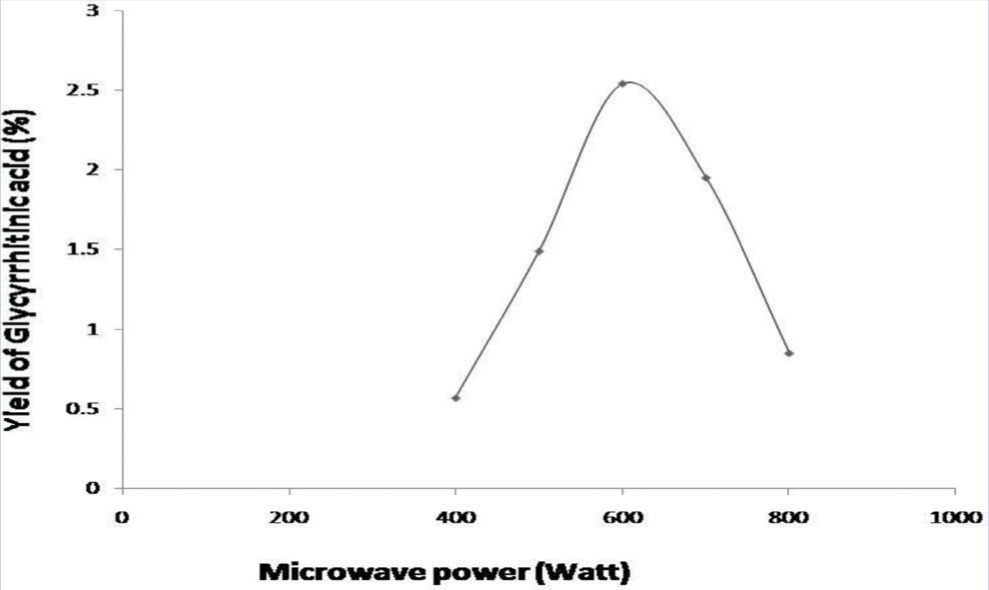 Impact of extraction time on the yield of glycyrrhitinic acid.

Impact of microwave power on the yield of glycyrrhitinic acid

Impact of extraction time on the yield of glycyrrhitinic acid

Impact of extraction temperature on the yield of glycyrrhitinic acid

Impact of solid-liquid ratio on the yield of glycyrrhitinic acid

Impact of extraction temperature on the yield of glycyrrhitinic acid. 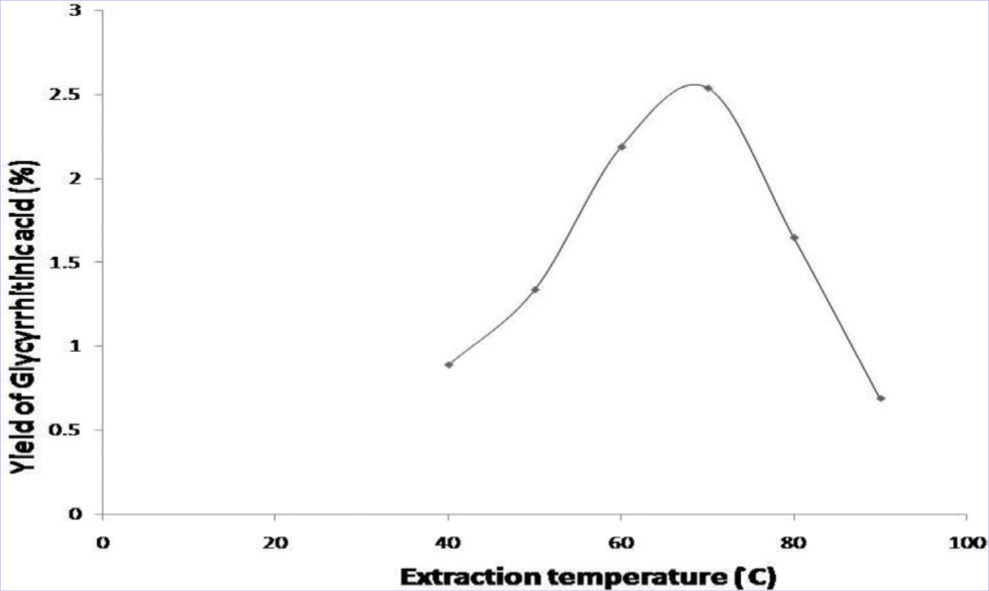 Impact of solid- liquid ratio on the yield of glycyrrhitinic acid. 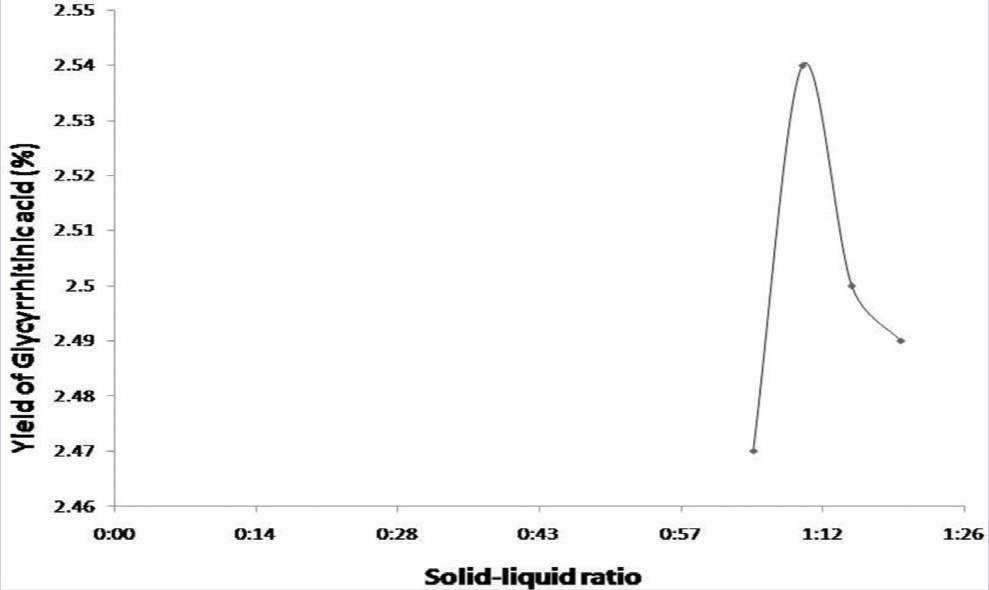 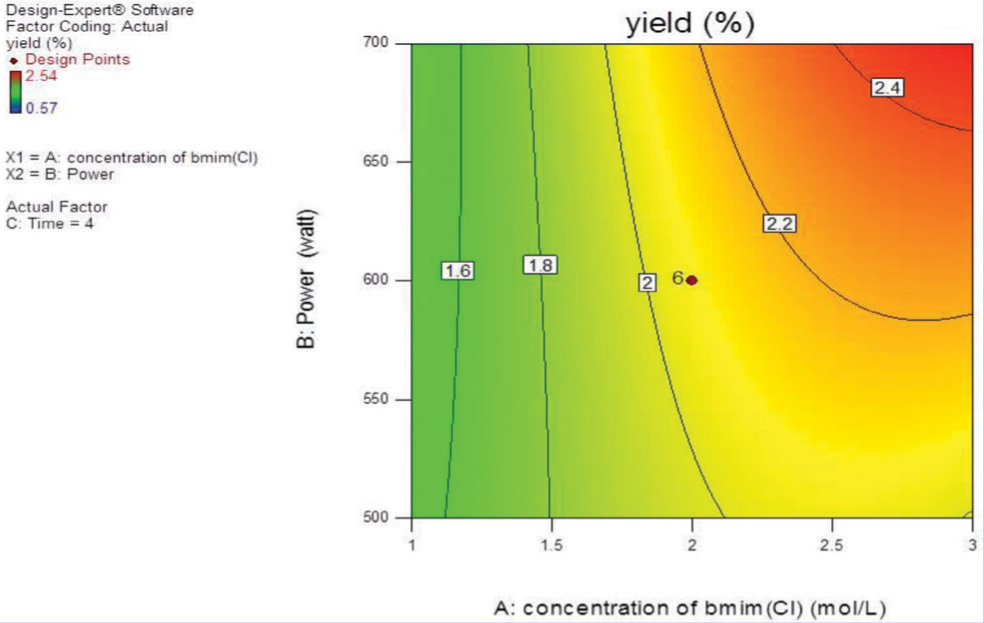 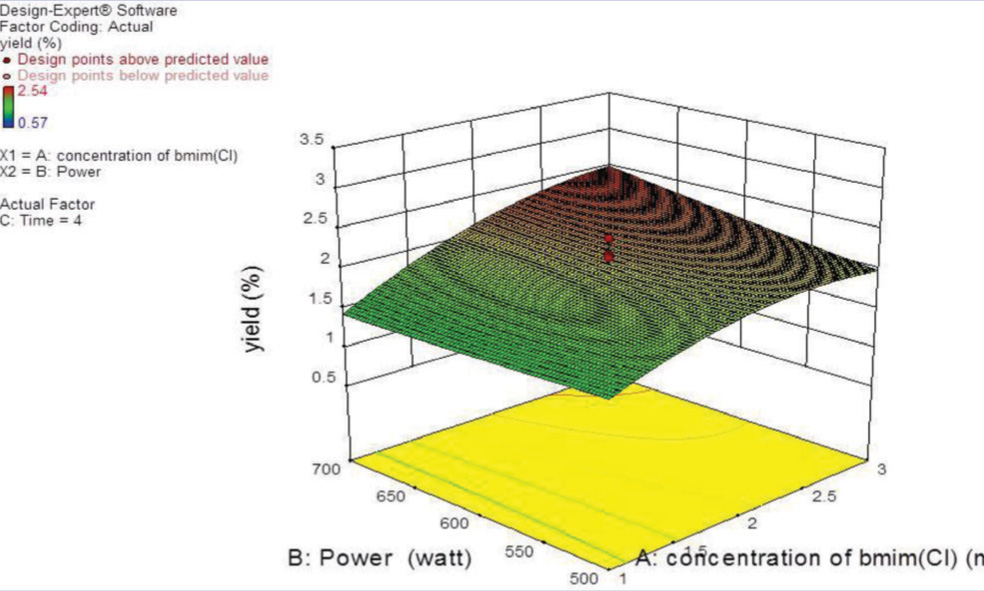 The extraction yield of glycyrrhitinic acid from maceration and soxhlation was found to be 0.48 % w/w and 0.76 % w/w respectively.

To know the impact of critical variables on the interested component yield, central composite design was utilized. To facilitate easy calculations and orthogonality of results, factor’s real values were transformed.19 For each experiment there is a unique combination of factor levels, and for each the extraction efficiency Y (%) was determined as shown in Table 2. The polynomial equation obtained was equation 1:

Where Y represents the response i.e. yield of glycyrrhitinic acid and X1, X2, X3 are the variables concentration of [bmim]Cl, microwave power and extraction time respectively. The % yield was maximum at the high values of concentration of [bmim]Cl (X1), mid values of microwave power (X2) and extraction time (X3). It was found to be the lowest at the mid value of X1, X2 and lowest value of X3. The value of X1 was found to be critically affecting the extraction efficiency. The square terms should be retained in the mathematical model to explain the curvature of response. Value of F=3.87, shows signiﬁcant regression. Therefore, the predictive model, may be used as response surface for extraction efficiency. Analysis of variance (ANOVA), F-test and p-value was performed for analysing the statistical significance of the response surface quadratic model as shown in Table 3.

Contour plot and 3 D response surface plot were drawn to demonstrate the main and interactive effects of independent variables on the dependent variable as shown in Figures 6 and 7, respectively. 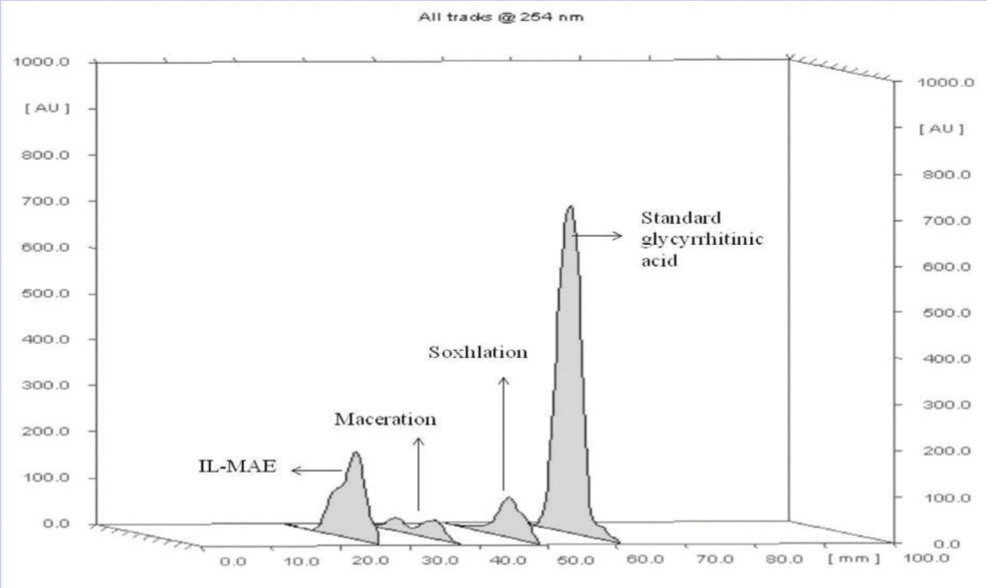 A new optimized extraction method for IL-MAE was developed for the extraction of Glycyrrhiza glabra using response surface methodology. [bmim]Cl-microwave assisted extraction technique was proved to be better and efficient in respect of extraction efficiency, time, as well as quantity of solvent used.

So, the developed method can be used effectively as a mathematical model to estimate the extraction efficiency hence, can be used as an efficient extraction protocol at industrial level.

[2] Conflicts of interest CONFLICT OF INTERESTThere is no conflict of interest.

Trivedi A, Mishra SH. A simple and rapid method for simultaneous estimation of glycyrrhetinic acid and piperine by HPTLC in a herbomineral formulation. J. Adv. Pharm. Technol. Res. 2010;1(2):190–8 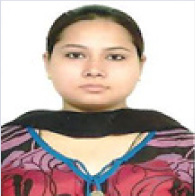 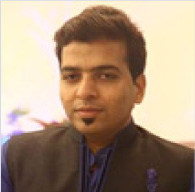 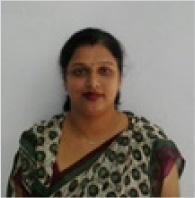 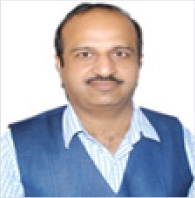 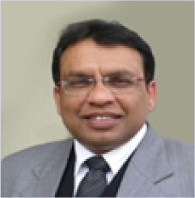 Journal:
Pharmacognosy Journal
‹ In vitro Study of Xanthine Oxidase Inhibitory of Gambir (Uncaria gambir) Hunter Roxb Extracts up Saffron (Crocus sativus) and its Active Ingredients: Role in the Prevention and Treatment of Disease ›