The high polyphenol content of white tea exhibits antiseptic and antioxidant properties that can prevent free radicals, inhibit oxidative stress and inflammation associated with various diseases such as obesity, diabetes and other degenerative diseases. Oral administration of white tea ethanolic extract (WTE) is expected to use as an alternative in the treatment of diabetes mellitus.

This study aims to evaluate the effect of WTE on reducing fasting blood glucose levels in diabetic rats.

The administration of WTE for 14 days has potentially antidiabetic activity in diabetic rats induced streptozotocin-nicotinamide.

Diabetes mellitus (DM) is a major public health problem, and its incidence has increased rates continuously.1 Insulin ineffectiveness in DM patients causes metabolic disorders characterized by high levels of blood glucose or hyperglycemia and accompanied by changes in lipid metabolism, carbohydrates, and proteins that may lead to an increased risk of complications from vascular disease.2 The global study report states that DM is one of the non-communicable diseases based on the number of cases and its prevalence has continued to increase over the last few decades.3,4,5

Research and development to get new drugs as an alternative medicine for DM have been mostly done mainly from herbal materials. One of popular herb in public is a tea leaf, Camellia sinensis (L.) O. Kuntze (family Theaceae). White tea is one type of tea taken is a very young shoot or tea leaves or buds that are known to have high polyphenol content and exhibits antiseptic and antioxidant properties.6 The process of white tea is quite simple that is through of steaming and drying to prevent the occurrence of the enzymatic oxidation process.7 The antioxidant properties of white tea can prevent free radicals, inhibit oxidative stress and inflammation associated with various diseases such as obesity, dyslipidemia, diabetes, cardiovascular, neurodegenerative and cancer.7 The recent studies related to the bioactive compound like polyphenols flavonoids-catechins of tea due to their antioxidant activities which contribute to human health benefits.8

The recent research showed the in vitro inhibitory activity of WTE against the α-amylase enzyme (with 99.11 ± 0.01% inhibition percentage); α-glucosidase (IC50 10.54 μg / mL); and dipeptidyl peptidase IV (DPP-IV) enzyme (with 30.57 ± 0.08% inhibition rate).9 This research considered that WTE has the highest inhibitory activity against DPP-IV enzyme. Therefore, to prove the in vivo antidiabetic activity of WTE, the study on the effect of reducing fasting blood glucose levels in diabetic animals will be carried out.

Twelve-week-old male Sprague-Dawley rats weighing 300-350 g obtained from National Drug and Food Laboratory Center, at National Agency Drug and Food Control (NADFC), Indonesia. The animals used in this study have received approval from the Medical Research Ethics Commission of the Faculty of Medicine, University of Indonesia. All animals housed in an air-conditioned room and supplied with standard pellet food and drinking water ad libitum. All rats were divided into six groups of four animals each and acclimatized for seven days before the antidiabetic studies conducted.

Diabetic induction prepared by intraperitoneal injection of 55 mg/kg of STZ (dissolved in 0.05 M citrate buffer solution, pH 4.5) 20 min after intraperitoneal administration of 100 mg/kg nicotinamide (dissolved in normal saline solution) in overnight fasting rats.10,11 About 1 h after STZ-nicotinamide induction, the animals were given 5% glucose solution orally for 12 h to prevent hypoglycemia and fasting blood glucose was measured 48 h after the induction. The rats with fasting blood glucose levels greater than 150 mg/dL considered as diabetic animals.12

The present study was conducted to evaluate the effect of WTE on reducing fasting blood glucose levels in diabetic rats. The result of this studies shows that consumption of WTE for 14 days reduced fasting blood glucose levels in streptozotocin-induced diabetic rats. However, this data did not show any correlation between dose and response. The highest decrease in fasting blood levels reaches at the dose of 100 mg/kg BW which statistically significantly different compared to negative control group, (p<0.05).

Several studies in green tea extract have reported that this chemical induced hyperglycemia can ameliorate by feeding green tea or its polyphenols, flavonoids, and catechins.13 Therefore, the hypoglycemic activity of WTE in this studies possibly related to the content of bioactive compounds such as polyphenols in tea leaves that play a role in providing health benefits to humans.9 Tea flavonoids are antioxidants that can protect the damage of pancreatic cells from free radicals. The content of alkaloids and tannins (epigallocatechin) also play a role in lowering blood glucose levels possible through inhibition of glucose absorption in the intestine. This condition support by other studies suggesting that epigallocatechin-3-gallate (EGCG) has a role in reducing blood glucose levels by inhibiting the absorption of intestinal glucose by glucose transporter and decreasing the expression of genes that control gluconeogenesis.14

Increased insulin-stimulated by glucose uptake, inhibition of intestinal glucose transporters and decreased gene expression that control gluconeogenesis is a mechanism that contributes to the antihyperglycemic effect of tea leaf extract.11 The other in vivo studies on green tea reported that insulin-like effects of polyphenols play a role in lowering blood glucose, but they also increase insulin sensitivity and reduce oxidative stress in experimental animals.14 Based on the above there is a direct relationship between antioxidant activity and hypoglycemic produced by white tea leaves. However, the studies with a treatment time longer than 14 days is required to ensure the antidiabetic effect of white tea extracts and confirm this mechanism.

Based on the data of body weight changes, Table 2, the STZ induction diabetic shows a tendency of body weight decrease in all groups of diabetic rats, and it is seeing up a 7th day after the treatment. Body weight loss in diabetic animal associated with dehydration and catabolism of fats and proteins due to proteolysis on muscular tissues occurred in insulin deficiency conditions.11,15 At the end of the study, the body weight of the diabetic rat’s group tended to increase but did not occur in diabetic rats of the negative control group that managed to continue to decline. The body weight of the normal group also decreased at the end of treatment but was not significant when compared with the initial weight before treatment. However, based on statistical test results in each control groups and treatment groups, there was no significant difference in body weight changes at the end of treatment compared with before treatment, (P> 0.05).

* Significantly different as compared to the normal group, p<0.05

In conclusion, the study showed that white tea leaf ethanolic extract has a potential effect on reducing fasting blood glucose levels in diabetic rats induced by streptozotocin-nicotinamide compared with the negative control group. The highest decrease fasting glucose level showed at doses of 100 mg/kg BW white tea extract. However, the studies with a treatment time longer than 14 days is required to ensure the antidiabetic effect of white tea extracts and confirm this mechanism. 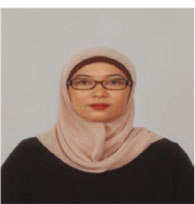 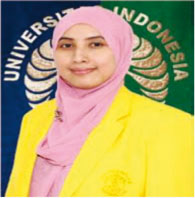 Rani Sauriasari: working as lecturer and researcher in Faculty of Pharmacy, University of Indonesia. Her doctoral degree obtained from Public Health (Medical Faculty), Okayama University, Japan. Currently, she is positioned as Manager of Research and Community Engagement, Faculty of Pharmacy, University of Indonesia. Has to experience in the area of Biochemistry, Analytical Chemistry, and Pharmacology, working mainly in medicinal plants and new research drugs. 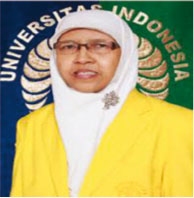 Berna Elya: is a Professor and researcher with the mainly area in isolation of new compound from medicinal plants, pharmacognosy and phytochemistry. Currently, she is positioned as lecturer and Head of Laboratory of Pharmacognosy, Faculty of Pharmacy, University of Indonesia.

This study supported by PITTA Grant University of Indonesia. The authors thank all their colleagues for their great prestigious encouragement in accomplishing this task.

[5] Conflicts of interest CONFLICT OF INTEREST The authors have no conflict of interest to declare.